“Scaredy Mouse” (A Story of Trust in God) 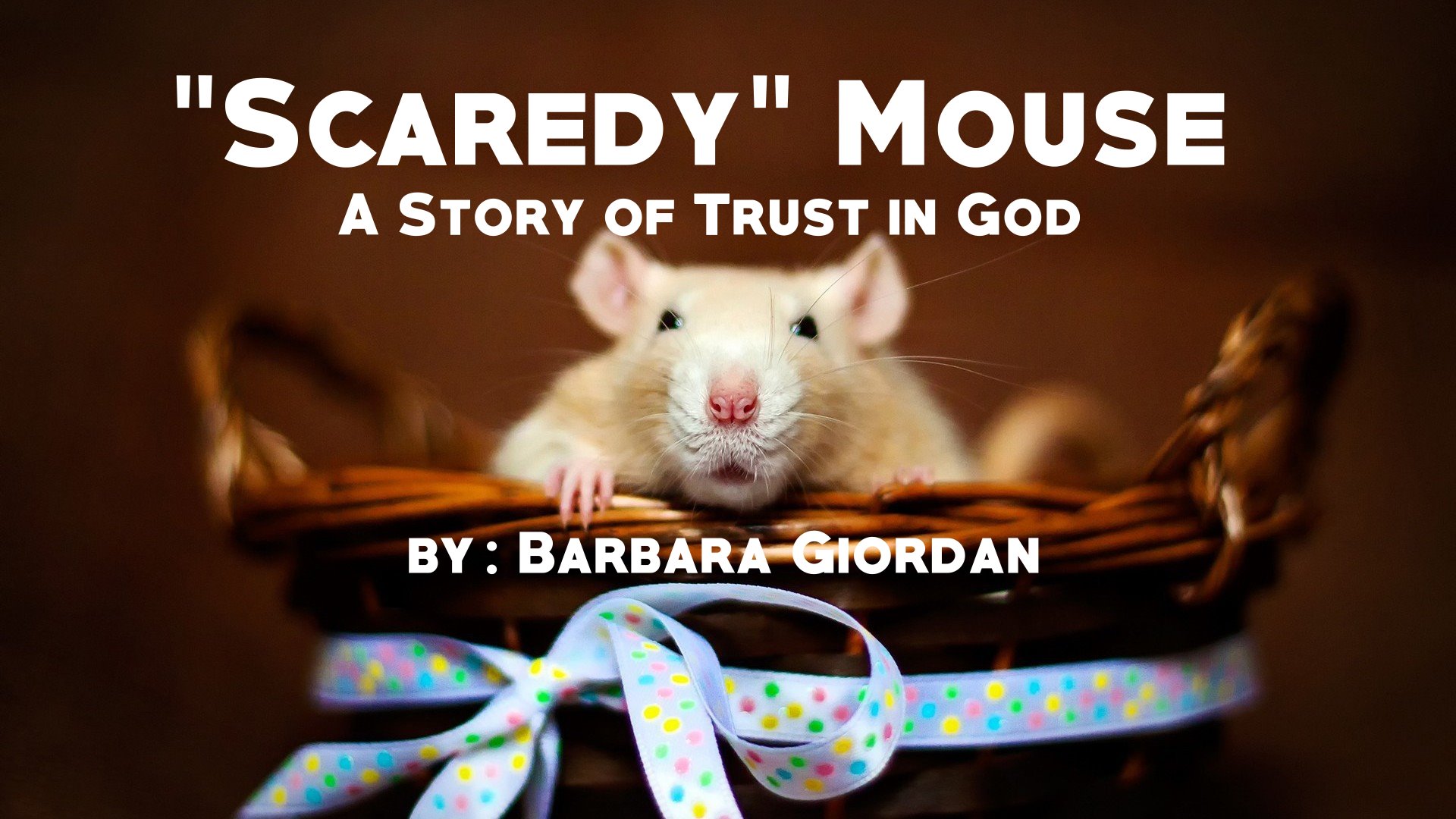 ‘Praise our God, O peoples, let the sound of his praise be heard. He has preserved our lives and kept our feet from slipping. For you, O God tested us. You refined us like silver. You brought us into prison and laid burdens on our backs. You let men ride over our heads. We went through fire and water but you brought us to a place of abundance. “ Psalm 66:8-12

When I was little, I begged my mother to allow me to buy a white mouse with pink eyes just like the beloved stuffed animal that I owned. She refused, of course, being phobic of mice.

Perhaps, that’s the reason all those years later that I ignored the signs of an unwanted occupant in my house: the mouse droppings in the bread box, the rustling in the walls at night. Most people would destroy vermin but he and I had an uneasy truce until I began to discover frayed electrical wires that were chewed through and leaned about all the diseases mice can carry.

Even then, I refused to kill this creature. After a lot of research, I discovered that you could rent a “ catch and release” cage to trap mice. I was dubious about the effectiveness of this plan but my doubts were laid to rest the next day when we found a little mouse scurrying back and forth in the cage ignoring an enticing piece of cheese.

Shortly afterwards, my husband left for work with the cage in hand intending to release the mouse far from our house so it wouldn’t return home. That night when my husband returned, I eagerly begged for an update on the mouse.  He said that he had released the mouse in a field behind his office building.

Initially, he set the cage down, opened the door and fully expected the mouse to casually saunter out but it didn’t move an inch. Then he gently shook he cage coaxing it to leave but the mouse was frozen with fear and refused to budge. Finally, he turned the cage upside down expecting the mouse to come tumbling out through the door that had been left ajar. When that didn’t happen, he bent down and peered inside. He was astonished when he discovered its four little limbs spread eagle style fastened to the bars of the cage. Eventually, the force of gravity prevailed and the mouse fell into the tall reeds of the field and scurried away.

I think about that little mouse from time to time and I’ve realized a few things. He was terrified because he didn’t understand the lengths that I had gone to preserve his life: to bless him. Haven’t I often behaved the same way clinging to the bars of my cage and refusing to leave when God beckoned? When trials came, I only saw the bleakness of my circumstances and failed to understand that it is often through the trials that we receive deliverance. I pray that the next time my path lead me to an unfamiliar wilderness that I will step out in faith and trust him.

← The Circle of Blessing Biblical Repentance →