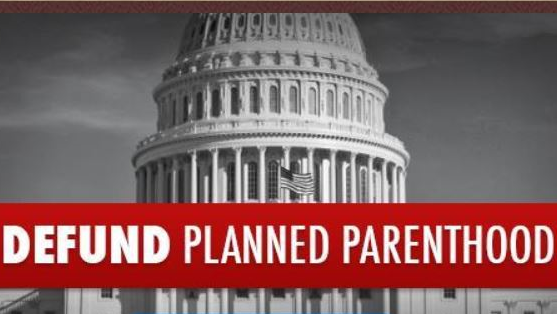 This Saturday, August 22, 2015 we will be attending one of the 300 protests going on across the country to defund Planned Parenthood. I hope you will join us and make your voice heard on behalf of the voiceless. For those of you who will be attending I would like to give some perspective to help us all see for what purpose we will be assembling.

What is the primary purpose for which we will be assembling? The most fundamental reason we will be gathering to protest the evils of Planned Parenthood is our conviction and belief that human life matters. We believe that human beings are made in the image of God: “So God created man in his own image, in the image of God he created him; male and female he created them” (Gen 1:27). According to the word of God human beings are unique and set apart from all other creatures by the very nature of being made in God’s image – no other creature is thus identified. The fact that human beings are made in the image of God means we have been endowed with dignity and honor, all to the praise of His glory (Ps 8:1-9). Man is not to be regarded as a mere animal, nor killed like one. After the judgment of the flood the Lord instituted capital punishment for the shedding of man’s blood precisely because he is made in God’s image (Gen 6:6). Unlike animals that can be killed and eaten for food, human beings are to be esteemed with a unique dignity and their life is to be regarded as sacred.

In Scripture this includes life in the womb. In Exodus 21:22-25 the Lord commands that there be capital punishment for taking the life of a child in the womb: “When men strive together and hit a pregnant woman, so that her children come out, but there is no harm, the one who hit her shall surely be fined, as the woman’s husband shall impose on him, and he shall pay as the judges determine. But if there is harm, then you shall pay life for life, eye for eye, tooth for tooth, hand for hand, foot for foot, burn for burn, wound for wound, stripe for stripe.” Thus, we are gathering to protest against Planned Parenthood because we believe the word of God, which tells us that it is God Almighty who has crowned humanity with glory and honor, even in the womb (Ps 139:13). We are assembling because we can no longer stay silent while babies are torn to pieces in their mother’s womb and our own government sanctions it, pays for it, and defends it.

Second, this protest is strategic. There is certainly something to be said about a small group of people standing up for the voiceless and protesting on a regular basis: it is good, necessary, and needed. What is unique about the protest happening this Saturday is that it is one of over a hundred going on nationwide simultaneously. Furthermore, this is being done in tandem with a series of revealing videos that have brought to light the ghoulish actions of Planned Parenthood. These wicked people have been exposed: they not only kill babies for hire but also sell their parts to the highest bidder. Though these videos have received very little commercial media coverage (written off as “highly edited” and “slander”), thanks to social media, they have served to open the eyes of many Americans (including our government officials) to the great wickedness of abortion. They have lain bare to the world just how evil these people are and how barbaric their practice is. And so our protest is strategic because it is putting pressure on the American people and our government to not turn a blind eye to what is so blatantly obvious.

Another thing these videos have accomplished is that they have made it clear that those who crush the skulls and extract the parts of baby humans and then sell their body parts for a profit know exactly what they are doing (for a brutally honest confession of this point read this). Only someone with an utterly seared conscious can hear how the women in these videos talk about the bodies of these babies (“hearts,” “livers,” “it’s a boy”) and see the images of their arms and legs in the pie dish and then deny that they are indeed knowingly and willing killing a human being. The abortionists know it, the mothers know it, we all know it deep down in our gut.

And lets get one thing straight here: it’s not the selling of the baby’s parts that’s the most ghastly thing about this – no it is the slaughter of these innocent children. The fact that our culture is more horrified by the selling of body parts than the murder of babies is a great hypocrisy. “Go ahead and throw their corpses in the dumpster, but how dare you sell them!” Quite honestly, selling the baby’s body is only the next logical step in the mind of the morally bankrupt. We gather not because Planned Parenthood is selling the baby’s body parts, but because they are massacring children. 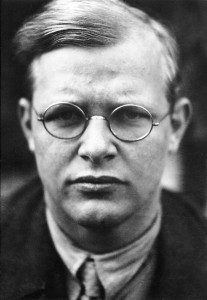 “Silence in the face of evil, is itself evil. God will not hold us guiltless. Not to speak is to speak. Not to act is to act.” – Dietrich Bonhoeffer

To remain silent in the face of these most atrocious evils would make us complicit in their wickedness. It would be the same as looking the other way while someone is raped and doing nothing about it. We are morally obliged to protect the weak and oppressed: “Rescue those who are being taken away to death; hold back those who are stumbling to the slaughter” (Prov 24:11). Indeed, it is God Almighty Himself who will hold us accountable for not rescuing the weak: “If you say, ‘Behold, we did not know this,’ does not he who weighs the heart perceive it? Does not he who keeps watch over your soul know it, and will he not repay man according to his work?” (Prov 24:12). Just like the Nazis, Planned Parenthood (and all other abortuaries) are not only committing mass genocide, they are conducting some of the most grisly experiments that should make even the strongest stomach vomit. How dare we look at Nazi Germany in self-righteous condemnation while we have concentration camps in our own backyard. We must not sit by silently as many Christians did in that day as the Jews were taken to the slaughter. No, we will learn from history and we will choose not to be guilty of the same sins. And so we will gather and we will speak and we will act. We go with the conviction of Bonheoffer who said this in the days of Nazi Germany: “Silence in the face of evil, is itself evil. God will not hold us guiltless. Not to speak is to speak. Not to act is to act.” This is why we are taking part in a large-scale opposition to one of the most depraved organizations on planet Earth.

We are hoping to accomplish a number of things of which this protest is simply a means. First, ultimately we want to end human abortion. We want it to be made illegal and a crime punishable by law. We want the conscience of the people to see the true evil of abortion. This begins by exposing it for what it is – calling it murder and evil and calling all those who execute these babies and the mothers and fathers who give their children over to the executioner to repentance and faith in Christ. We are for women in this, not against them. We are for their redemption because we love them. And we are also for the babies who have no strength to defend themselves and no voice to cry out and be heard. We are also for justice, and justice demands that their be ramifications for these crimes.

This brings us to our second hope of accomplishment: We want there to be a legal investigation into the apparent illegal activities of Planned Parenthood. Though abortion is currently “legal” in these United States, it is unlawful “for any person to knowingly acquire, receive, or otherwise transfer any human fetal tissue for valuable consideration” (42 U.S. Code 289G-2). These videos seem to make it quite clear that Planned Parenthood is selling these babies’ body parts for “valuable consideration.” We want our local and federal authorities to investigate and find the truth.

Third, we want both the U.S. Congress and our state of Illinois congress to vote to defund Planned Parenthood. We the people no longer want our tax dollars going to an organization that is at the forefront of genocide in our nation!

So I hope you will come this Saturday and support the unborn and to call our nation to repentance. Regardless if you can come or not there are still a few other things you can and should do. 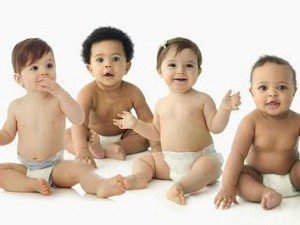 One last word. Maybe you are like me and have remained silent in the face of this evil for years. Maybe you have even had an abortion or have been an abortionist. Now is the time to repent. Repentance means turning around and going in the opposite direction. If you have been silent, speak. If you have not acted, act. If you have not confessed, confess. If you have not believed in Christ, believe for the forgiveness of your sins. There is hope for all who will turn from their sins and embrace Christ Jesus by faith. We can stand in the gap for the weak and oppressed and see abortion abolished in our days just as William Wilberforce saw the slave trade abolished in his day. These great evils have been set before us – the only question now is: what will you do about it? You have a choice. You can choose to turn a blind eye, or you can choose to defend the defenseless. “You may choose to look the other way but you can never say again that you did not know” (William Wilberforce). Please, be a voice for the voiceless – lives depend on it.