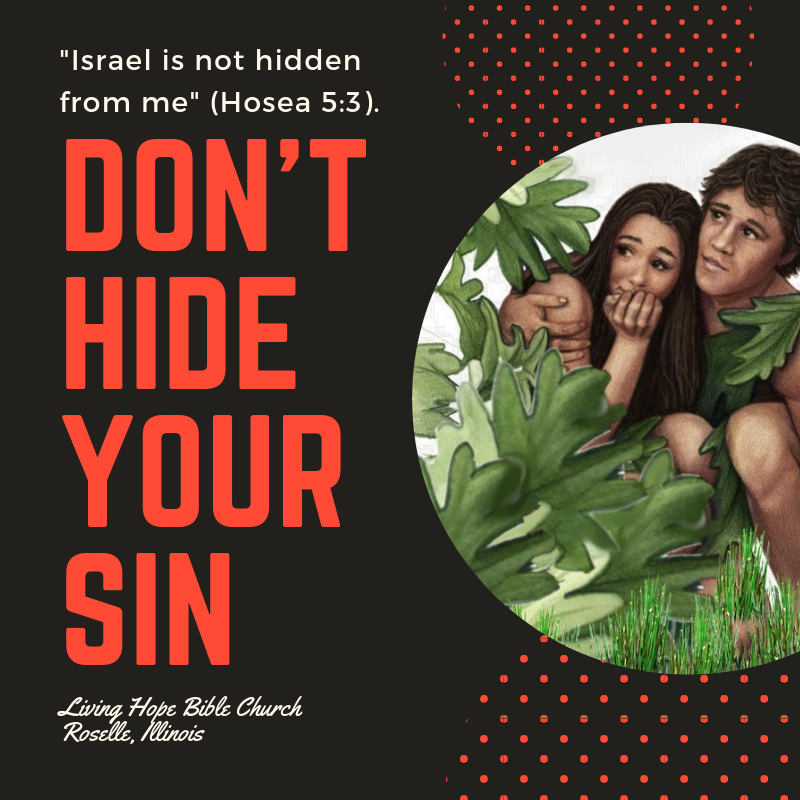 Our strategy when we turn to idols is to try and hide them. Strangely enough, the human heart becomes so dull and stupid with sin that we think we can hide our sins from Almighty God. But God tells his people, “Israel is not hidden from me” (Hosea 5:3). God knows our sinful tendencies. Our sin will always find us out (Num 32:33). Sadly, one of Israel’s greatest kings, the great King Solomon, was the first monarch to significantly move Israel away from monotheism. In Israel, there is a large prominent grove of trees facing the Mount Moriah where Abraham offered is son Isaac, and where the Temple was built. This grove is where Solomon set up the high places to Baal and Asherah and countless other false gods for his many pagan wives and concubines. Today it is aptly named “the hill of evil counsel”. After Solomon, the Kingdom of Israel was split in two – the southern kingdom (Judah) and the northern kingdom (Ephraim). Ephraim was a tribe that sponsored Jeroboam II’s shrines of deviant worship at Bethel. A similar altar was built in the city of Dan that still stands to this modern day. Though many of the idols were in the grove, and hidden among the trees in a very obscure place in Dan, God says, the idolatry of Israel is not hidden from me…Israel is defiled. How often we think we can hide our sin from the God who sees everything. With guilt comes shame. And with shame comes the instinctive effort to hide. For Adam and Eve it took the form of fig leaves to cover their nakedness (Gen 3:7). But this symbolic act is replayed a thousand times every day as people take up their own fig leaves in an effort to hide their guilt and shame.

We hide our sins. Instead of openly confessing our sins, we speak in vague generalities or we don’t speak at all about them.

We might minimize sin by saying, “It’s not like I murdered anybody.” Or, “It’s just a little white lie.” Or, “I didn’t take that much money or time or items from the company.”

Religion is another way we cover sin. Instead of receiving Christ’s free pardon of my sins, I buckle down and try harder. Bible reading and church attendance are vital for spiritual growth, but I must never use religious activity as a smoke screen for my sin. Instead I need to let my heart break for my sin and receive the full pardon of Christ.

Sometimes we use humor to cover sin. Instead of owning the seriousness of my sin, I cover it with jokes and humor to make myself feel better.

Sadly, at times we just fake it. Instead of believing what God says about me in Christ, I strive to make others think I’m something special.

To the degree that we are resting in the work of Christ, we will live openly and honestly, trusting that Christ has covered all our guilt and shame. On the other hand, to the degree that the gospel is not the defining reality of our lives, we will take up our own fig leaves in a futile effort to cover our guilt and shame. Don’t cover your sin. Confess your sin openly to Christ and claim his covering and cleansing for your sin.

← Do you have a tender heart? Cures for Worldliness →